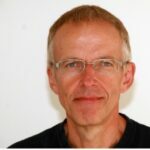 Jürgen Bajorath received a diploma and PhD in biochemistry (1988) from the Free University in West-Berlin. He was a postdoctoral Fellow with Arnie Hagler in San Diego where he began to work on computational drug design. From 1990-2004, Jürgen held positions at the Bristol-Myers Squibb Pharmaceutical Research Institute, New Chemical Entities, and the University of Washington in Seattle. During this time, his work increasingly focused on bio- and cheminformatics. In 2004, Jürgen was appointed Professor and Chair of the newly formed Department of Life Science Informatics at the University of Bonn. He continues to be an Affiliate Professor at the University of Washington. Research of Jürgen’s group focuses on the development of computational methods for drug discovery, machine learning, and concepts for explainable AI. Jürgen is the recipient of the 2015 Herman Skolnik Award, the 2016 Fujita Award, and the 2018 National Award for Computers in Chemical and Pharmaceutical Research of the American Chemical Society. In 2021, he co-founded the Core Area Program Molecular Machine Learning of the German Research Foundation. He is also the Editor-in-Chief of Artificial Intelligence in the Life Sciences.

In drug discovery, compounds with multi-target activity (also termed promiscuous molecules) are responsible for desired polypharmacology as well as unwanted side effects. Exploring the
ability of small molecules to form “pseudo-specific” interactions with different targets is critical for developing multi-target drug design strategies. In addition, rationalizing multi-target
activities is essential for drug repurposing. Complementing experimental approaches, molecular promiscuity can be investigated computationally, for example, through systematic analysis of compound activity data, “diagnostic” machine learning (ML) for hypothesis testing and explainable ML (XML). Diagnostic ML has revealed that compounds with multi-target activities can be systematically distinguished from corresponding single-target compounds and that differentiating features cannot be generalized, but depend on specific target combinations. In addition, XML approaches have been developed to rationalize promiscuity predictions, identify structural features that determine accurate predictions of multi- vs. single-target compounds, and investigate these features from a chemical perspective. This methodological framework is generally applicable to identify signatures of active compounds. Going forward, XML is expected to play an important role to further increase the acceptance of predictive modeling in the practice of drug discovery. 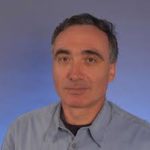 Pierre Baldi earned MS degrees in Mathematics and Psychology from the University of Paris, and a  PhD in Mathematics from the California Institute of Technology. He is currently Distinguished Professor in the Department of Computer Science, Director of the Institute for Genomics and Bioinformatics, and Associate Director of the Center for Machine Learning and Intelligent Systems  at the University of California Irvine. The long term focus of his research is on understanding intelligence in brains and machines. He has made contributions to the theory of deep learning, and  developed and applied deep learning methods for the natural sciences. He recently published his fifth book: Deep Learning in Science,
Cambridge University Press (2021). His honors include the 1993 Lew Allen Award at JPL,  the 2010 E. R. Caianiello Prize for research in machine learning,  and election to Fellow of the AAAS, AAAI, IEEE, ACM, and ISCB.

The Quarks of Attention

Attention plays a fundamental role in both natural and artificial intelligence systems.
In deep learning, several attention-based neural network architectures have been proposed to tackle
problems in natural language processing (NLP)  and beyond, including transformer architectures which currently achieve state-of-the-art performance in NLP tasks. In this presentation we will:
1) identify and classify the most fundamental building blocks (quarks) of attention,
both within and beyond the standard model of deep learning; 2) identify how these building blocks are used in all current attention-based architectures, including transformers; 3) demonstrate how transformers can effectively be applied to new problems in physics, from particle physics to astronomy; and 4) present a mathematical theory of attention capacity where, paradoxically, one of the main tools in the proofs is itself an attention mechanism. 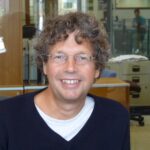 Ross D. King has joint positions at the University of Cambridge, and Chalmers Institute of Technology, Sweden. He is one of the most experienced machine learning researchers in the UK. His main research interest is the interface between computer science and science. He originated the idea of a ‘Robot Scientist’: integrating AI and laboratory robotics to physically implement closed-loop scientific discovery. His Robot Scientist ‘Adam’ was the first machine to autonomously discover scientific knowledge.

His Robot Scientist ‘Eve’ is currently searching for drugs against neglected tropical diseases, and cancer. This research has been published in top scientific journals, Science, Nature, etc. and has received wide publicity. His other core research interest is DNA computing. He developed the first nondeterministic universal Turing machine, and is now working on ‘DNA supremacy’: a DNA computer that can solve larger NP complete problems that conventional or quantum computers. He is also very interested in computational economics and aesthetics.

A Robot Scientist is a physically implemented robotic system that applies techniques from artificial intelligence to execute cycles of automated scientific experimentation. A Robot Scientist can automatically execute cycles of hypothesis formation, selection of efficient experiments to discriminate between hypotheses, execution of experiments using laboratory automation equipment, and analysis of results. The motivation for developing Robot Scientists is to both to better understand the scientific method, and to make scientific research more efficient.  The Robot Scientist ‘Adam’ was the first machine to autonomously discover scientific knowledge.  The Robot Scientist ‘Eve’ was originally developed to automate early-stage drug development, with specific application to neglected tropical disease such as malaria, it is now working on anti-COVID drugs. I am now working on Genesis, a third-generation Robot Scientist designed to work on yeast systems biology. Genesis will be able to run 10,000 cycles of hypothesis-led experiment in parallel per day. In the future I believe that it is likely that advances in AI and lab automation will drive the development of ever-smarter Robot Scientists. Therefore, I am co-organising the ‘Nobel Turing Challenge’ to develop: AI systems capable of making Nobel- quality scientific discoveries highly autonomously at a level comparable, and possibly superior, to the best human scientists by 2050. 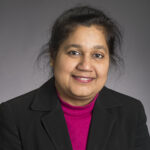 Rema Padman is Trustees Professor of Management Science and Healthcare Informatics, Thrust Leader of Healthcare Informatics Research at iLab, Research Area Director for Operations and Informatics at the Center for Health Analytics in the H. John Heinz III College of Information Systems and Public Policy at Carnegie Mellon University, and Adjunct Professor in the Department of Biomedical Informatics at the University of Pittsburgh School of Medicine. Her research investigates healthcare analytics and operations, data-driven decision support and process modeling and risk analysis in the context of clinical and consumer-facing information technology interventions, such as e-health, m-health, chronic and infectious disease management and workflow analysis, in the inpatient, ambulatory and consumer self- health management settings. She is an elected Fellow of the American Medical Informatics Association.

The significant advances in clinical and consumer health technologies combined with the rapid developments in advanced analytics of high dimensional, high volume and complex healthcare data is powering a transformation of healthcare delivery worldwide. Innovative analytical techniques are being developed to support a range of decisions that include predicting responses to different treatment regimens, individual and population level risk assessments, detecting adverse events, and preventing deterioration in the health status of the patient. Supporting patient – provider communication and shared decision making via intelligent reminders, notifications and informed guidance, and providing smart healthcare delivery operations to increase satisfaction, efficiency and quality of care are further capabilities being architected using informatics tools and analytics methodologies. Learning current and potential best practices from data using quantitative methodologies, such as statistical machine learning and operations research, and translating the new evidence to the frontlines of care via efficient software implementations and institutional deployments, offer both major challenges and opportunities for researchers and practitioners alike. This tutorial will highlight some of the methods and tools to address these issues with illustrative examples drawn from clinical, consumer and public health domains.

Panos  Pardalos is a world-renowned leader in Global Optimization, Mathematical Modeling, Energy Systems, Financial applications, and Data Sciences. He is a Fellow of AAAS, AAIA, AIMBE, EUROPT, and INFORMS and was awarded the 2013 Constantin Caratheodory Prize of the International Society of Global Optimization. In addition, Panos  Pardalos has been awarded the 2013 EURO Gold Medal prize bestowed by the Association for European Operational Research Societies. This medal is the preeminent European award given to Operations Research (OR) professionals for “scientific contributions that stand the test of time.”

Panos Pardalos is also a Member of several  Academies of Sciences, and he holds several honorary PhD degrees and affiliations. He is the Founding Editor of Optimization Letters, Energy Systems, and Co-Founder of the International Journal of Global Optimization, Computational Management Science, and Springer Nature Operations Research Forum. He has published over 600 journal papers, and edited/authored over 200 books. He is one of the most cited authors and has graduated 71 PhD students so far. Details can be found in www.ise.ufl.edu/pardalos